Northlanders are sick and tired of incomplete information, delayed results and late notification of locations of interest for nearly every single one of its positive Covid cases in the current outbreak and Jacinda Ardern and her Government must be held accountable, says National’s Health spokesperson Dr Shane Reti.

“The lack of transparency started with the two women who first came into Northland with Covid and continues for nearly every single one of the active cases.

“The Minister of Health must explain why the two women’s test results went missing for 48 hours. Chris Hipkins said the delay was due to the tests being taken late on the Wednesday evening, but his own answers to my questions show the tests were actually in the laboratory by lunchtime that same day and were not being taken late in the evening on the Wednesday as he claimed.

“These two tests, that were in the lab on Wednesday morning, then mysteriously didn’t appear again in the lab system until Friday morning. How is that possible? What happened in the intervening 48 hours for these crucial results? It can’t be due to a lack of testing equipment because, on the Friday, other test results took 90 minutes to get.

“Not only is it unacceptable to have positive tests delayed that long, but the Minister has blatantly been caught out saying one thing when the machine evidence tells a different story.

“Mandates and lockdowns require trust in Government, and providing no information or half-truths is giving Northlanders reason to not have any trust in Jacinda Ardern and her Government.

“The Prime Minister and her senior ministers can start by telling the whole story about the two women at the start of the outbreak in Northland.” 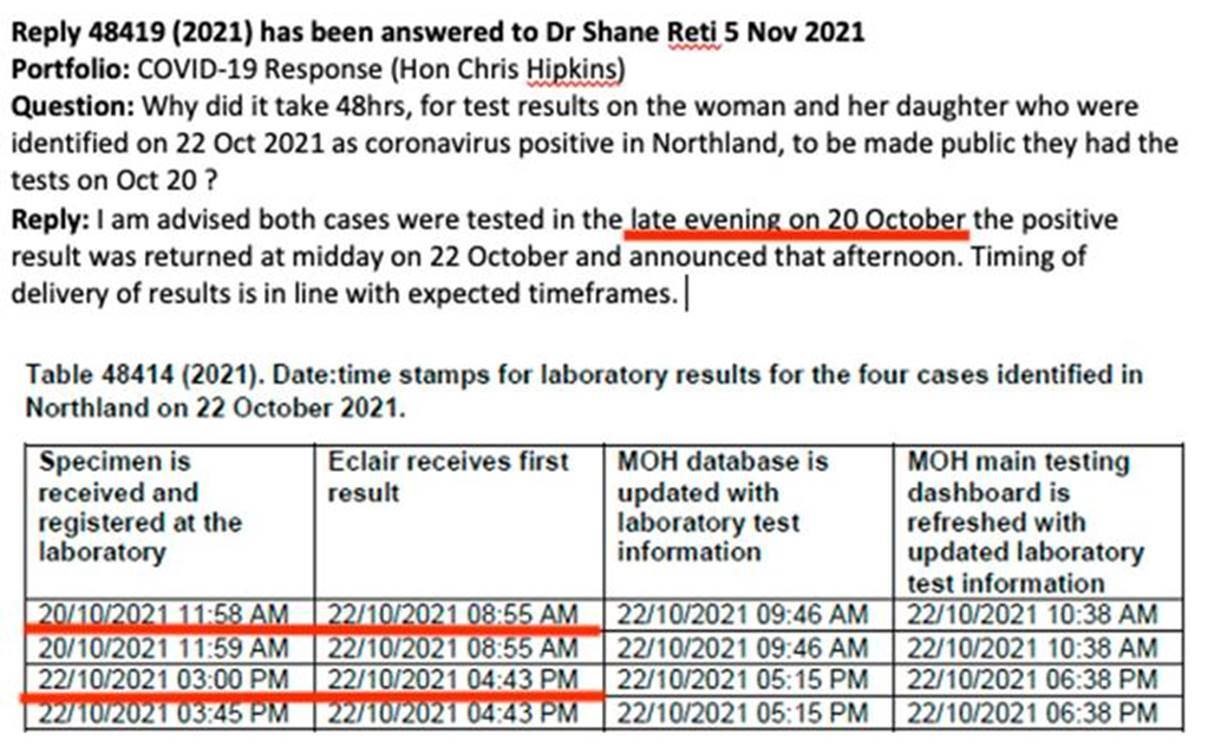