National will encourage more drivers to get car insurance and make life easier for Kiwis to sort out damage claims by requiring vehicle insurers to be displayed on registration labels.

“Thousands of responsible Kiwis end up out of pocket or taking legal action because of the irresponsible actions of uninsured drivers,” National Party Leader Judith Collins says.

“Many people think vehicle insurance should be compulsory but that would be expensive and difficult to enforce. We have another idea to make it easier when you’re involved in a crash.” 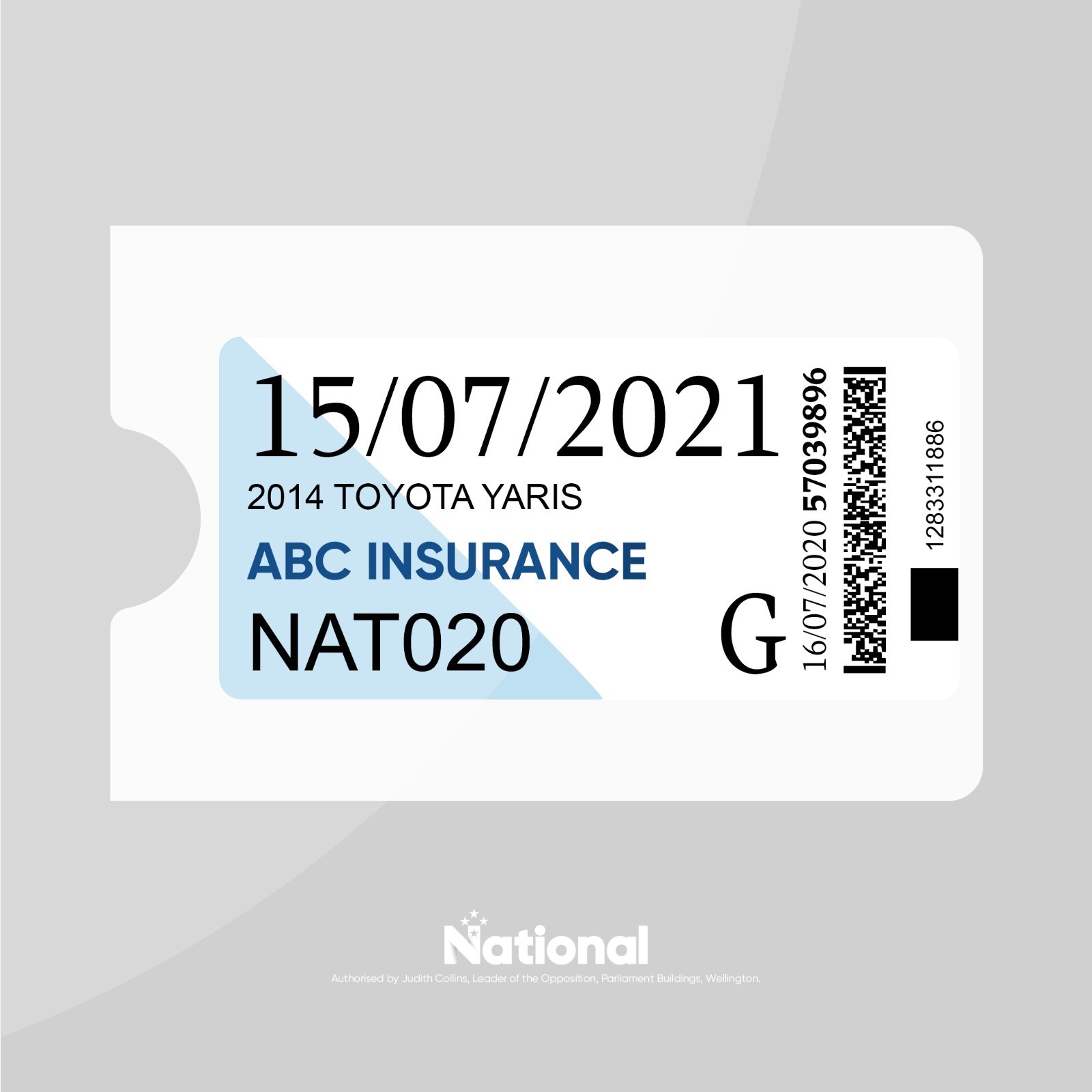 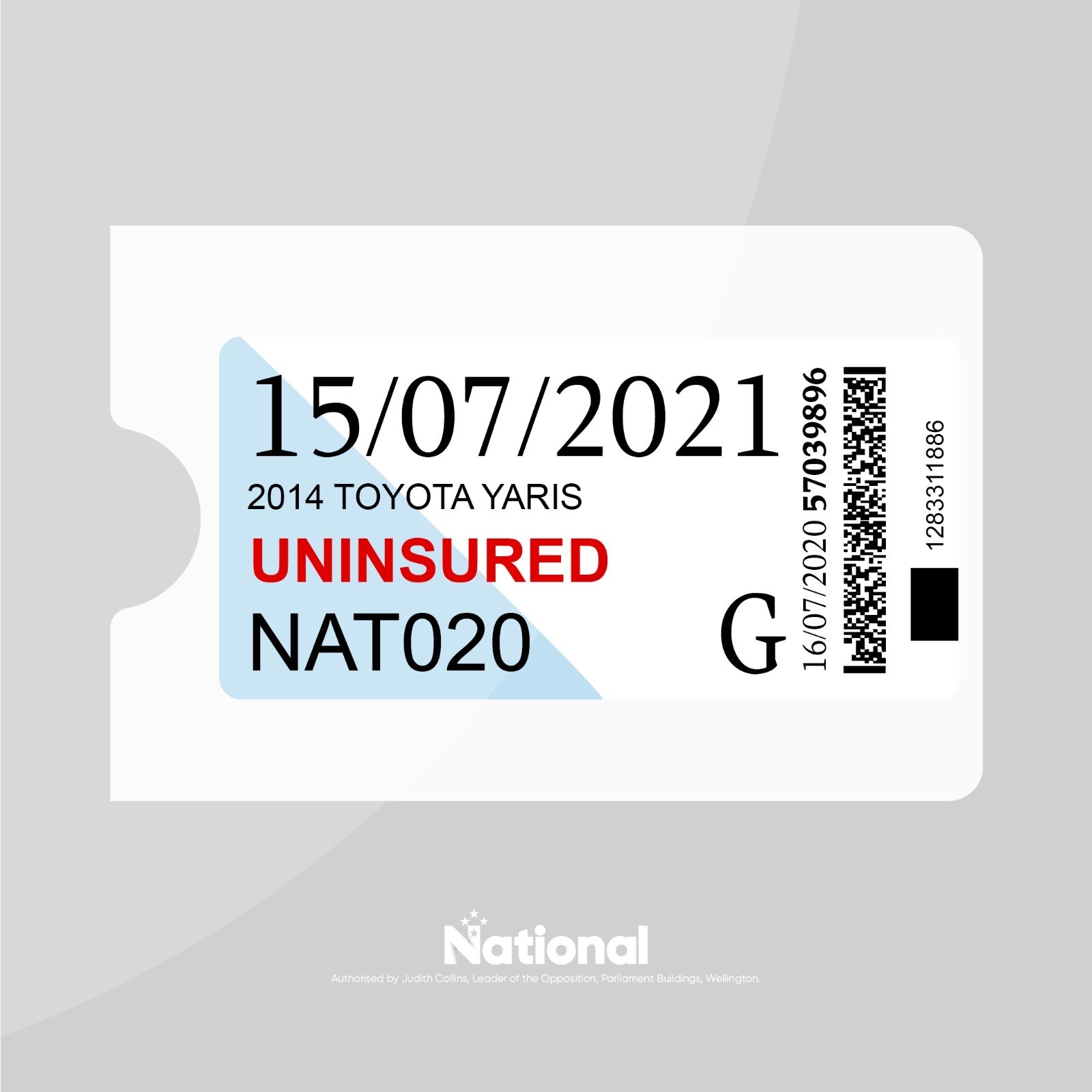 “This will solve the problem of some drivers who lie about their insurance status to protect their excess,” Ms Collins says.

“If anyone was involved in an accident with you, you could literally walk over and see who their insurer was.”

National’s Transport spokesperson Chris Bishop said insurance would not be compulsory, but there would be an annual check on the vehicle’s insurance status.

“By applying a bit of nudge theory we believe it is highly likely to increase insurance uptake, because who wants to drive around with an ‘uninsured’ vehicle sticker in their window?”

A Ministry of Transport survey of 4000 New Zealanders from 2009 found about 7 per cent of vehicle owners had an uninsured vehicle or did not know whether their vehicle was insured.