The Prime Minister has a habit of preparing various charts for New Zealand at her daily press conferences, but there’s only one chart that really matters and that’s the number of New Zealanders receiving at least one vaccination, Leader of the Opposition Judith Collins says.

“The most important chart right now, the only one that matters, is how many New Zealanders have received a Covid-19 vaccination. The Prime Minister may like to point to other charts each day, but all they show is a lack of direction from her and her Government.

“New Zealand is dead last in the OECD when it comes to vaccinating our population.

“In January I called on Labour to speed up the vaccination rollout in light of the new variants that were emerging at the time. National wholeheartedly believes that rolling out our vaccine is the single most important thing the Government will do over this Parliament.

“But the Prime Minister went on television and declared she supported New Zealand being ‘later in the pecking order’ because our circumstances were different.

“Going slow is the course the Prime Minister chose and New Zealanders are suffering the consequences of it.

“Vaccinations matter. They keep us safe, they protect our frontline workers, our vulnerable, and they save lives.

“The Prime Minister has regularly used the phrase ‘going hard and going early’ when responding to community outbreaks of Covid-19. But she has failed to do the same with our vaccine rollout.

“If Jacinda Ardern had gone hard and early on vaccinations we would’ve been able to avoid long lockdowns like the one we’re in now.

“Modelling given to the Government shows that even with just the OECD average of 50 per cent of a population fully vaccinated in a Delta outbreak, the length of time a lockdown is needed to stamp out Covid-19 is halved.

“If New Zealand had a much higher vaccination level, there is a good chance the current outbreak would have never occurred, or have been much smaller and more manageable.

“It’s time the Prime Minister stopped getting distracted with different charts and focus all her energy on the only one that matters, getting our population fully vaccinated as quickly as possible.

Below is the chart showing New Zealand last in the OECD for Covid-19 vaccinations. 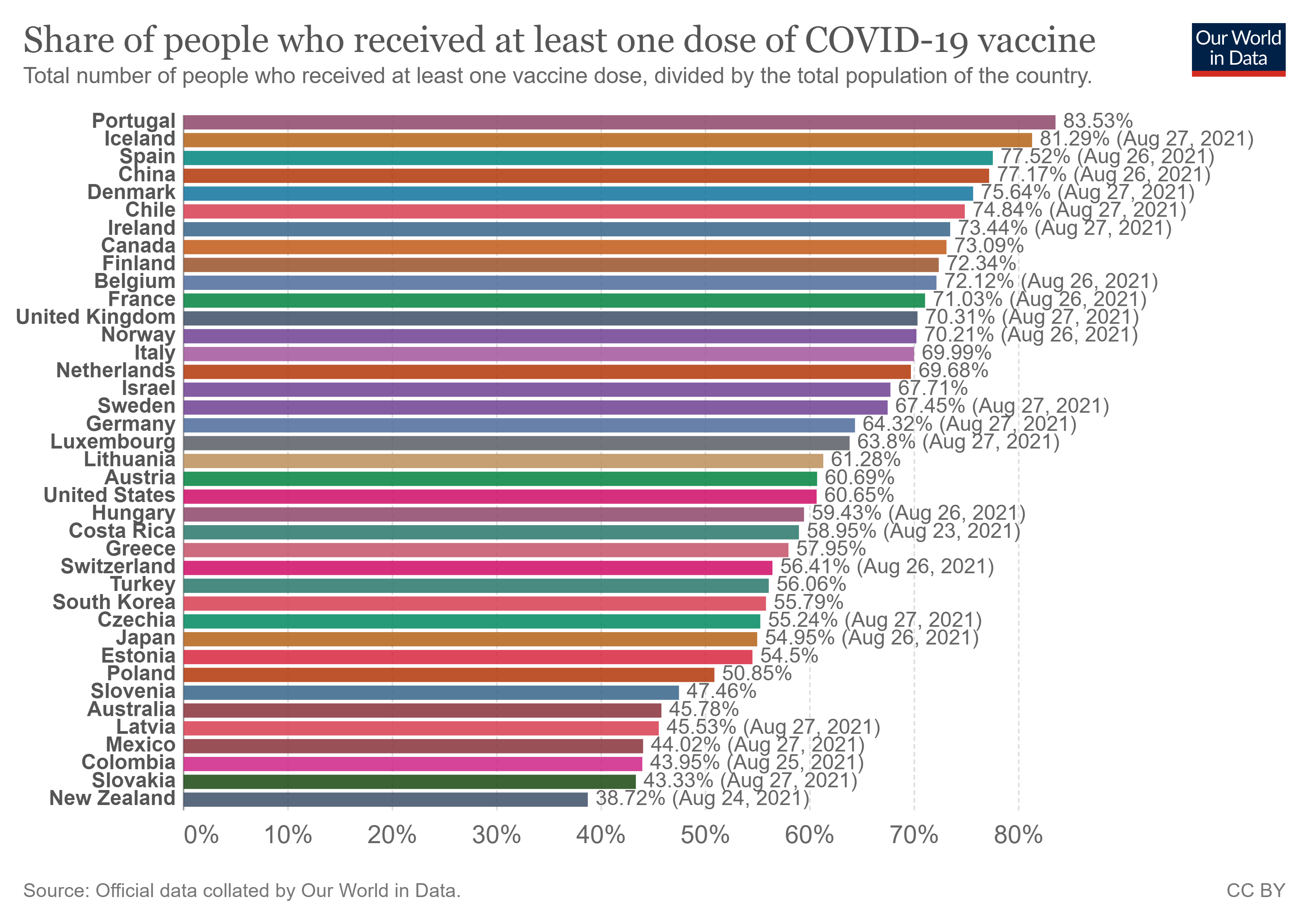