Increasing elective surgeries to 200,000 a year

Only National can manage the economy while also continuing to increase access to the world-class health services people need.

Over the next four years National will further increase the number of elective surgeries to 200,000 a year, ensuring access to life-changing operations like hip replacements for thousands more New Zealanders.

“Under National, access to elective surgery has increased every year, and we will continue to do more,” Health spokesperson Jonathan Coleman says.

“Elective surgery makes a real difference to patients and their families – it reduces pain, restores independence and improves quality of life.

“As New Zealanders live longer, access to elective surgery is becoming more important than ever. Doing more is crucial.

“Health has been National’s top funding priority in Government, and our strong economy has allowed us to continuously increase access to world-class health services like elective surgeries in a sustainable manner.

“When we came into office there were 118,000 elective surgeries being delivered each year and they were increasing by only 1,400 a year.

“We’ve changed that. Under National the number of elective surgeries carried out by DHBs has increased by 56,000 to 174,000 surgeries every year and they're expected to reach 178,000 this year.

“That’s tens of thousands more life changing operations such as joint replacements, cataracts, cancerous skin lesions and cardiac surgeries – and we are committed to doing more.

“To support this National will increase spending on elective surgery by $30 million per year for the next four years, rising to $120m per year by 2020/21 - part of our record investment in health.

“This is a significant increase and demonstrates our commitment to further increasing access to healthcare for New Zealanders.

“Only National can manage the economy while also continuing to increase access to the world-class health services people need,” Dr Coleman says. 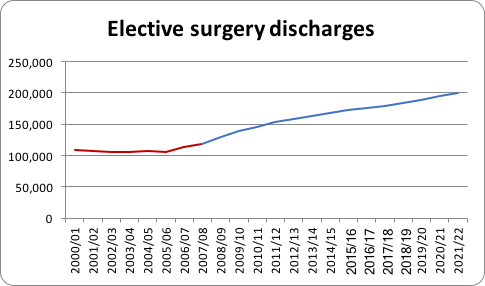 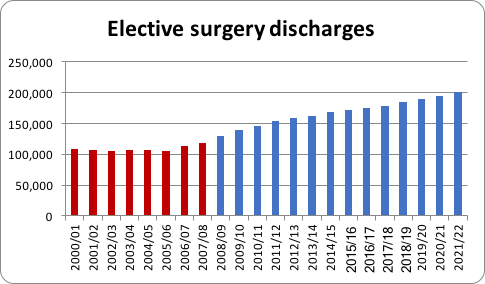 Get updates from Simon Bridges and National