In the past three years, gang membership has skyrocketed across New Zealand according to the New Zealand Police’s National Gang List.

Since Labour became Government in 2017, gang membership has increased by almost 50% - close to 2,500 more gang members in just three years.

The Government’s soft-on-crime approach has allowed gangs to boost recruitment and peddle more misery in communities across our country.

With bans on police pursuits, a focus on reducing prisoner numbers instead of crime, and a Corrections Minister who stayed silent as gang members destroyed Waikeria Prison, it’s obvious the Government needs to step up and take this problem seriously.

Some of the regional increases in gang membership are truly staggering. Kiwis are suffering from the Government’s inaction as gangs gain significant footholds in our communities. 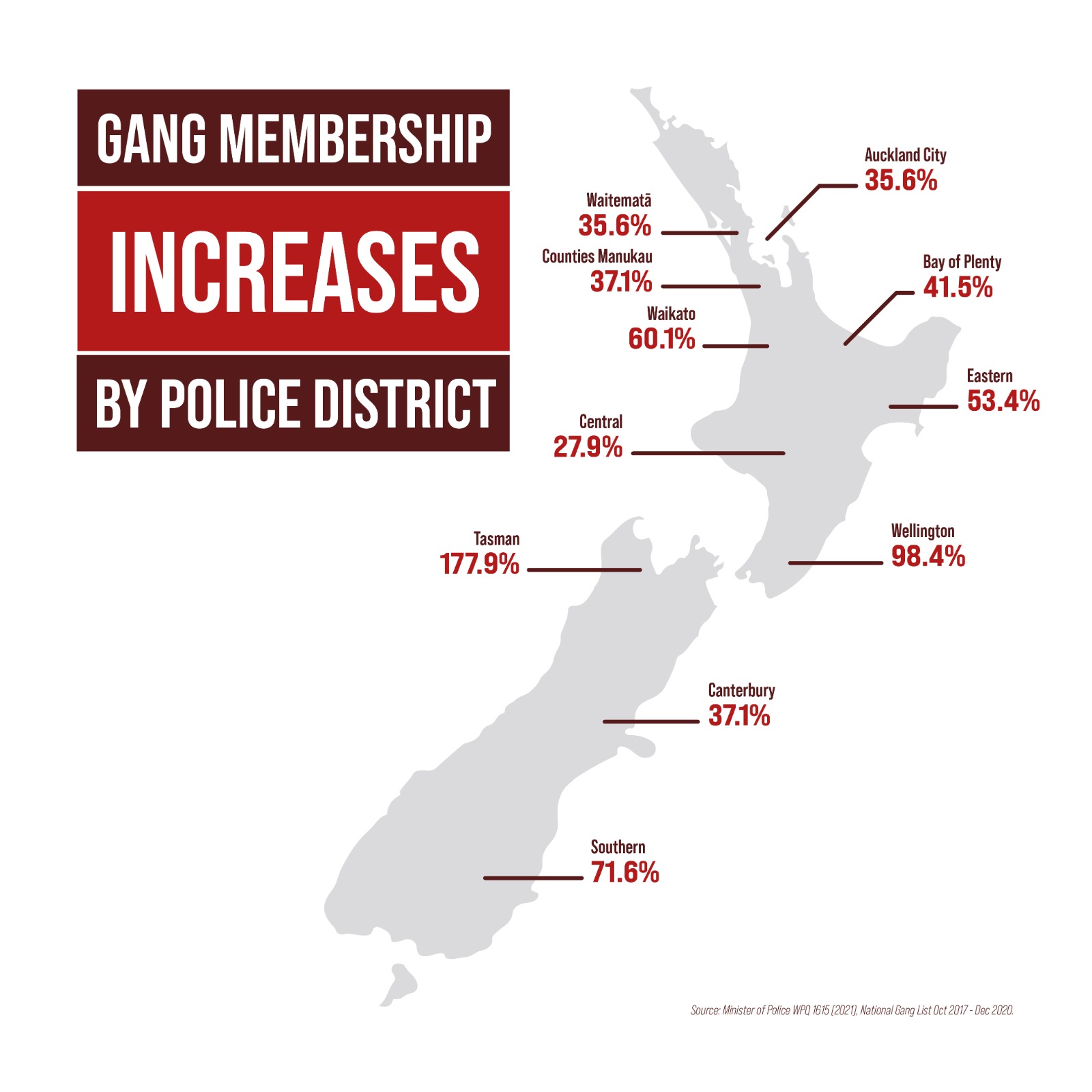