READ: BACK IN BUSINESS - NATIONAL'S PLAN TO SAVE LIVELIHOODS AND UNLEASH OUR ECONOMY

Demand the debate on gangs and crime

Under Labour New Zealand is less safe as gang numbers explode. Gangs are becoming more powerful, while the Government focuses on making apologies for criminals rather than arresting them. 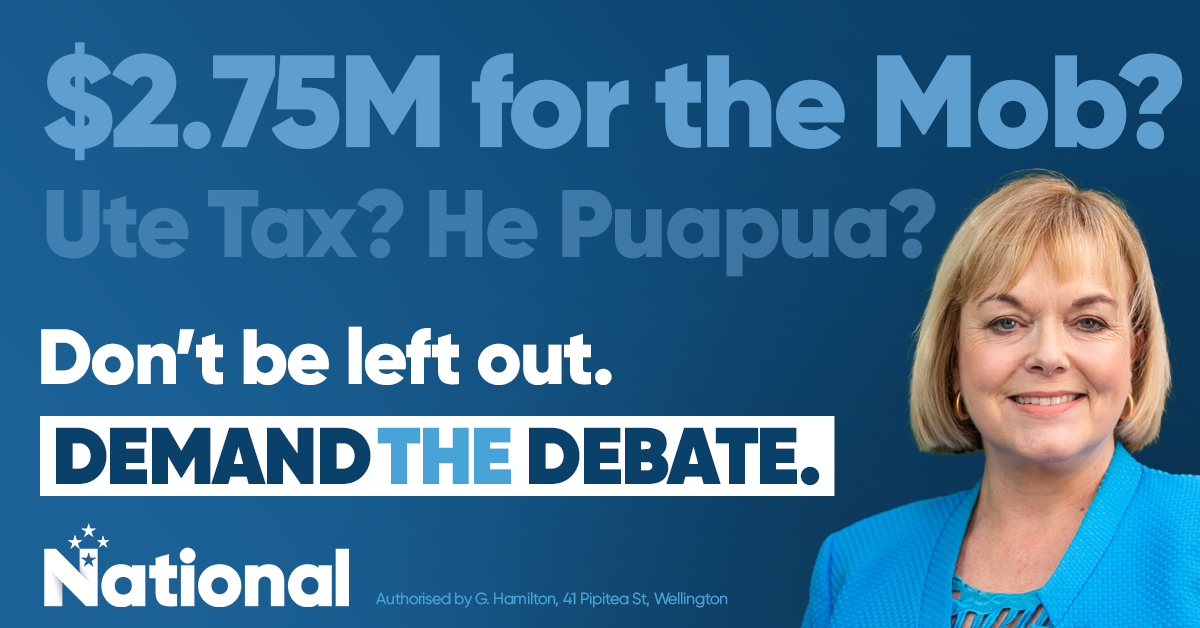 The only law and order policy Labour has is to reduce the prison population by 30%. There is no corresponding target to see crime go down.

Under Labour the number of serious assaults has more than doubled leaving our streets more violent.

And on top of this we now have a Government actively working to coddle up to gangs – rather than hold them to account.

We have seen Ministers of the Crown hold meetings with gang members.

The Human Rights Commissioner has given a taxpayer funded donation to the Mongrel Mob, and the Proceeds of Crime Fund has been used to provide a $2.75m contract to the Mongrel Mob for a so called ‘drug rehab’ programme.

The Prime Minister needs to realise that gangs have no interest at all in seeing people give up drugs, they’re the ones selling them to them in the first place.

On a weekly basis we learn of increased gang-related gun crime, shootings and escalating addiction, particularly in our provinces.

National will not stand by whilst our streets become less safe, and gangs continue to become more emboldened, peddling meth and perpetrating violence on our streets.

It’s time the Government was open and transparent with New Zealanders about their agenda when it comes to gangs and organised crime.

It’s time we Demand the Debate about gangs and organised crime in New Zealand so that we can keep New Zealanders safe.