Demand the debate on He Puapua

New Zealanders are being left out of important decisions by the Labour Government, and National is launching a series of campaigns for Kiwis to ‘Demand the debate’.

The first campaign relates to the Government’s 2019 He Puapua report. Kiwis were never told about it at the time and it was never campaigned on by Labour. It has recently been considered by Cabinet and is being consulted on with a select few New Zealanders. 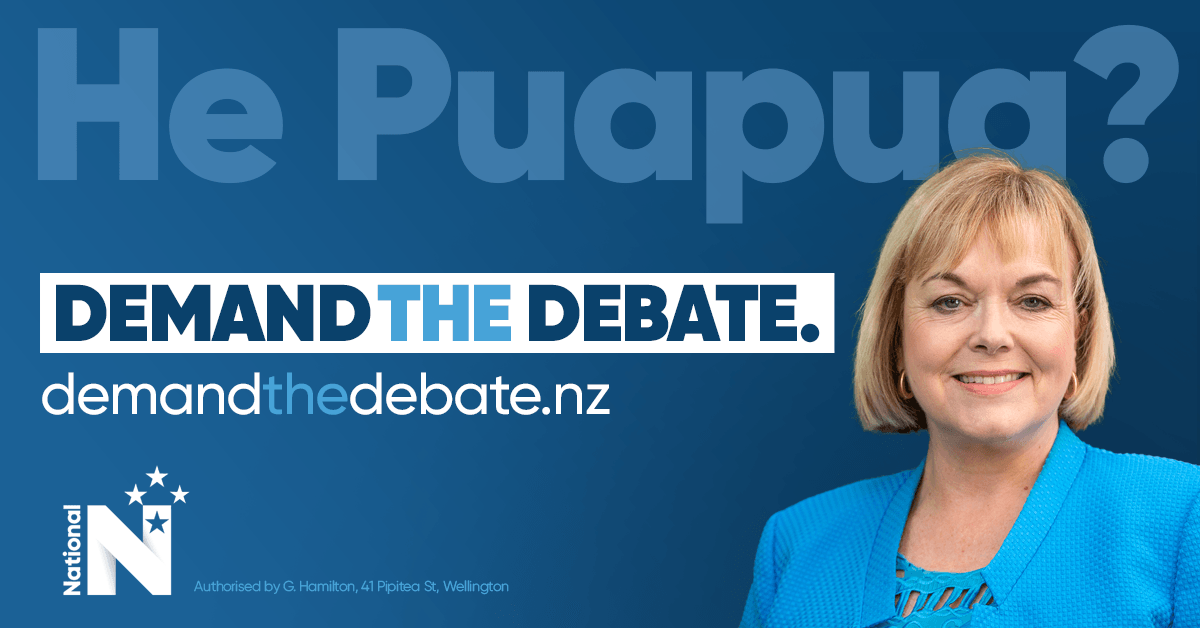 In 2019, the Labour-NZ First Coalition Government set up a Working Group to devise a plan to give effect to the United Nations Declaration on the Rights of Indigenous Peoples.

The vision laid out by the Working Group, in the document they called He Puapua, makes wide ranging and fundamental changes to our legal, constitutional, and democratic governance arrangements across New Zealand.

The Working Group behind He Puapua was given two months to draft their plan, and they themselves acknowledged in their plan that they have “been constrained by time, which has hindered our capacity to review and take into account relevant initiatives, policies and laws including recommendations of advisory and other working groups on related kaupapa.”

In line with their terms of reference, the mandate of the working group also ignored New Zealand’s previous position of support for the declaration, our past and present implementation of the Declaration, or whether a Declaration plan or engagement is required. (Pg 1 and 2).

To refresh everyone’s memory of the context in 2010 and the caveats that were put in place, the Declaration was signed in 2010 with the understanding that it:

Labour Ministers, and the Working Group, willfully ignored this information, instead choosing to dismiss the context in which the declaration was signed and push their own new agenda.

The Working Group report (He Puapua) was delivered to then Māori Development Minister Nanaia Mahuta in late 2019. Against the advice of the Working Group, He Puapua was never released or acknowledged publicly by the Government at the time, nor was it sent to Cabinet for discussion.

Coalition Ministers in Cabinet were also not aware of it, and it wasn’t raised during the 2020 Election Campaign.

You can find a copy of He Puapua here.

Even though He Puapua has finally been acknowledged as not being official Government policy, nearly two years after it was received by Nanaia Mahuta, Jacinda Ardern’s Government has spent that time implementing numerous recommendations from the report behind your back:

These are just a few examples of policy being implemented by Jacinda Ardern and the Labour Government. It would seem that He Puapua is Government policy in all but name.

In the spirit of being open and transparent, National has made its position clear on Labour’s plans. We believe many of their ideas are a step too far.

It is right that we acknowledge and address the wrongs of the past, which is why National continues to support targeted programmes based on need. We can also be proud of supporting initiatives like Kōhanga Reo; Kura Kaupapa Māori; Whare Wānanga and Whānau Ora, just to name a few. These initiatives demonstrate the commitment from National and National-led governments to upholding the Crown’s unique and enduring relationship with Māori.

We are better off addressing the flaws within the current systems that aren’t working for Māori. Ethnicity should not divide us. We are better together.

Everyone deserves to be part of this conversation and we need to demand that public debate on these issues happens. We’ll have more to say on this in the coming days, weeks, and months, so please sign up to keep up to date.