Kiwis deserve the debate on the Labour Government’s decision to spend $1 million a day on motels to house the homeless, Leader of the Opposition Judith Collins says.

“For two elections Labour campaigned on building houses but instead they have been renting rooms for up to $2000 a week as its solution to homelessness,” Ms Collins says.

“The Government’s answer to our growing emergency housing problem is to purchase a motel in the heart of Rotorua for $8.1 million, almost double its estimated value. New Zealanders have the right to know how many motels the Government plans to purchase and where.

“The taxpayer is again footing the bill for the Labour Government’s failed policies. The hundreds of millions of dollars that Labour will spend on motels to house the homeless this year could build more than 1000 safe and secure houses for these families.

“Every week I’m contacted by thousands of Kiwis who feel they are being left out and want a say on the future of their country. Kiwis deserve to know why our towns and cities are changing because the Labour Government is failing to deliver on its housing promise.

“Today I’m releasing the fifth billboard in National’s Demand the Debate campaign, this time on homelessness. The billboard campaign focuses on issues that Kiwis deserve to have their say on. 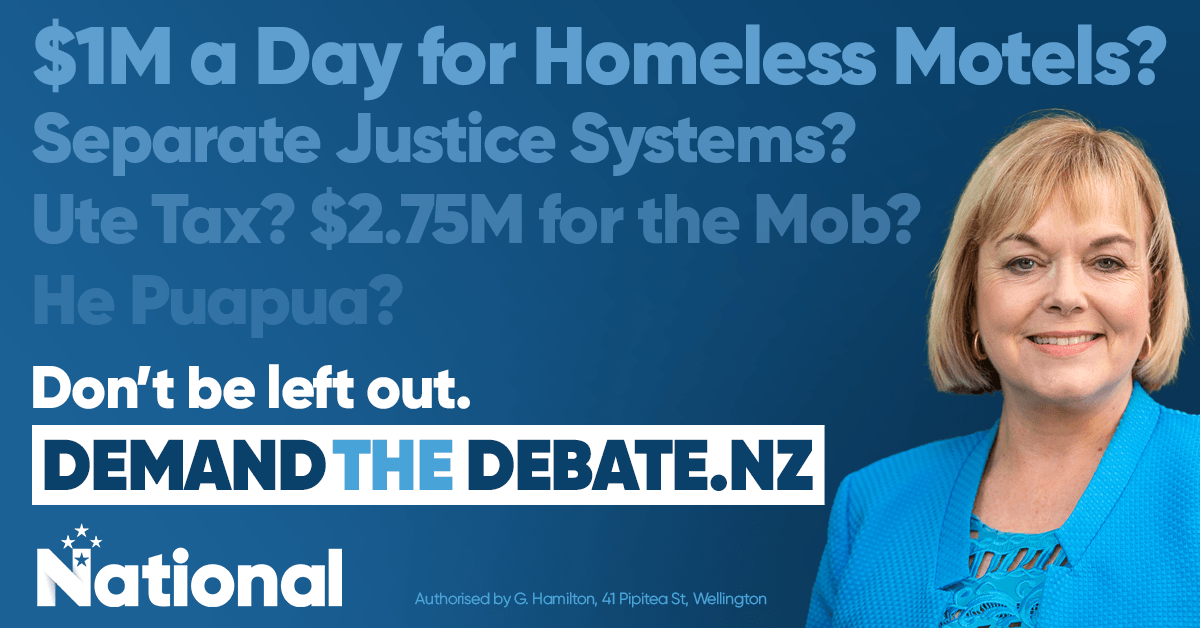 “Labour did not campaign on leaving 4000 children to be raised in motels nor did it tell Kiwis it would be purchasing motels in the hearts of our towns and cities. These children and their parents were promised more than a small room, they deserve a home.

“Labour did not campaign on competing with first home buyers by purchasing existing housing stock to prop up their state house stock numbers.

“The Government’s parliamentary majority is not a mandate for Labour to promote its ideological wish list. New Zealanders deserve a say on their country’s future and together we must demand the debate.”

You can find out more here.